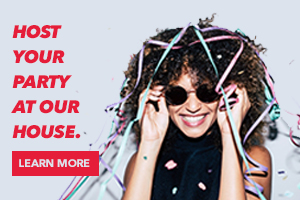 Since Dec 30, 1991, the nation's best comics have appeared at the Sacramento Punch Line. Club favorites such as Dave Chappelle, Gabriel Iglesias, Jo Koy, Russell Peters and Bobby Lee are a few regulars at Sacramento Punch Line. Stars such as DL Hughley, Chelsea Handler, Bill Bellamy, Shawn Wayans, and Chris Rock took their first comedic steps on the Punch Line stage, entertaining thousands while perfecting their craft. The Punch Line's dedication to comic tradition has earned it the Sacramento News and Review Readers' Choice Award for the Best Comedy Club.

Sacramento Punch Line offers a full dinner menu, a great selection of craft beer on draft and a full service bar. Headliners who perform at Sacramento Punch Line are regular guests on The Tonight Show with Jimmy Fallon and The Late Show with Stephen Colbert. Many have their own comedy specials on Comedy Central, Netflix and HBO and can be seen starring in movies and on television.

Sign up for our newsletter!
SIGN UP »
VISIT OTHER HOUSE OF BLUES
& LIVE NATION CLUBS AND THEATRES